List of Best Sportswear Brands and Manufacturers in China

People are increasingly becoming aware of the importance of exercise (Check out 10 Benefits of exercise on the brain and body) in their bodies. Different sports are therefore receiving tremendous growth as they are regarded as key in promoting fitness.

With many sporting activities finding their way globally, sportswear industries are also getting a tremendous boost in their sales. They generate huge incomes every year, thanks to many sporting arrangements in the world today. 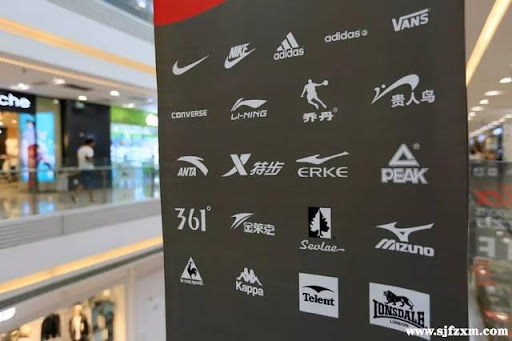 To practice well, you need the right sports gear. Sportswear brands (Check Out Top 5 benefits of wearing right workout wear during exercise) are therefore proving vital when people are purchasing their sports kit. It should make you feel comfortable during your regular dose of exercise.

Looking at these facts, you will notice different sports brands have grown steadily over the last few years. And to keep up with the tough competition with other contenders around the world, each brand is actively sustaining its brand recognition.

Many years after Nike and other Western sportswear brands took over the Chinese market, new competition emerged from their domestic brands. There are now significant brand names on the streets of China, which are constantly growing their fan base from time to time.

What Are The Best Sportswear Brands and Manufacturers In China?

What Are The Pros and Cons Of The Top Sportswear Companies In China?

What Are The Top Sourcing And Supply Chain Of China Sportswear?

Why Should You Choose Yinshan For Sportswear Manufacture?

With several Chinese sportswear brands currently enjoying tremendous growth, it might be a daunting task to pick the best among them. However, few are leading the race in domestic sportswear brands in the country. It is arguably one of the best and well-known brands in China. Before its establishment as a sportswear company, LI-NING was merely a household name. The Company was founded in 1990 by a former Olympic champion, Mr Li Ning. Since its establishment, Li-Ning has formed a wide distribution network for its sportswear in China and beyond.

In a major milestone, Li-Ning became the first sportswear brand in China to enter the Hong Kong Stock Exchange in 2004, something its competitors have done since then. In continuing its legacy, the Company has endorsed multiple teams, leagues, and individual players, including Evan Turner and Dwayne Wade.

The Company produces both professional and leisure footwear, sports equipment, apparel, and other sports accessories. In addition to the Company’s core brands, Li-Ning also manufactures and develops other sports products sold under the Group’s name.

Some of the most amazing products by Li-Ning include WOW 6 XMAS, WOW 6 ESSENCE, and WOW 5. The biggest breakthrough into the international market was in 2012 after making a $10 million sponsorship offer to Dwayne Wade. 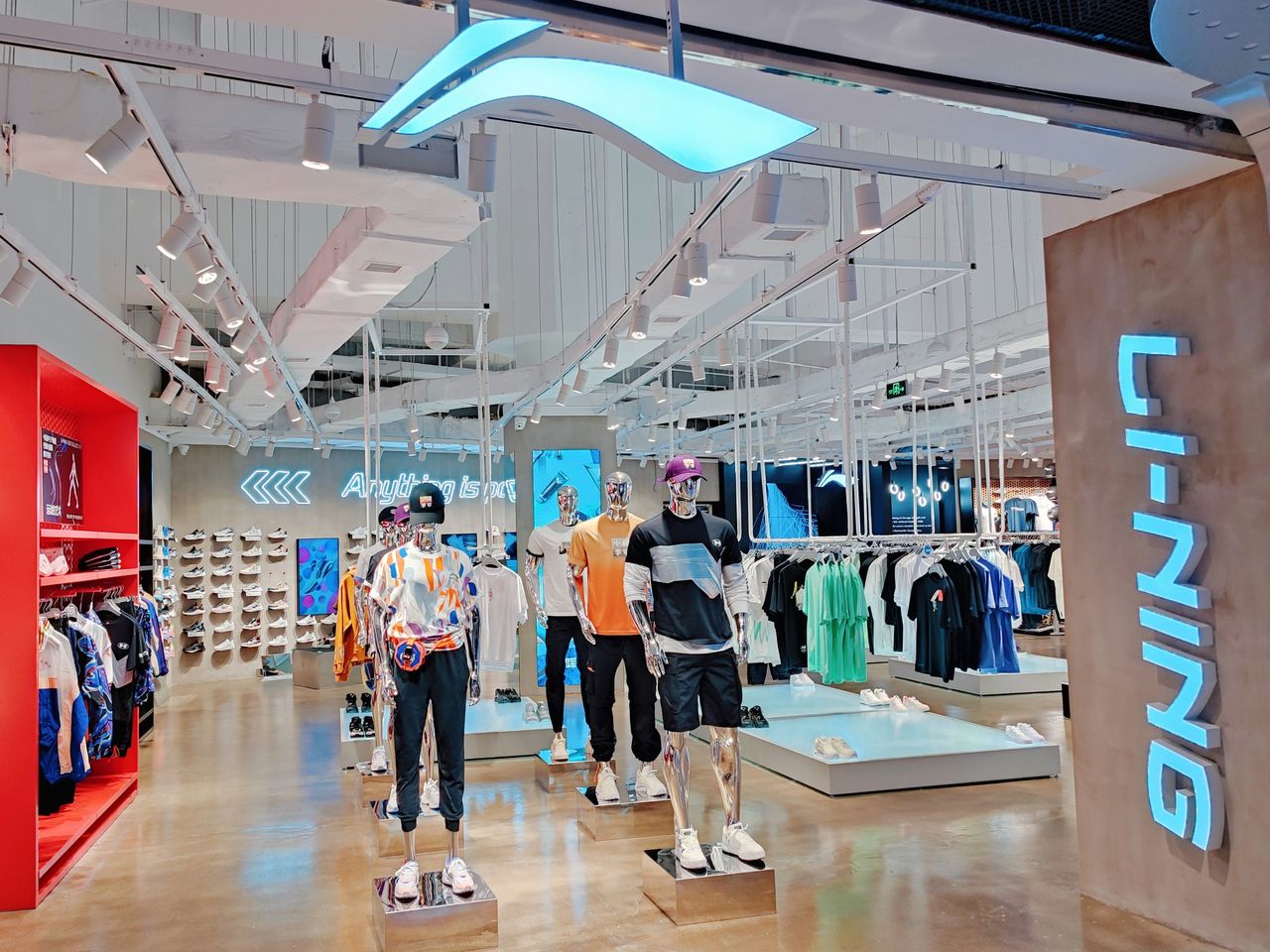 Anta is another notable Chinese sportswear company established three decades ago. Following Li-Ning listing in the HKEx, ANTA also came on board in 2007.

With some of the most notable sports sponsorships of the famous Manny Pacquiao, Klay Thompson, and Rajon Rondo, Anta has become one of the largest domestic packs in the Chinese market.

As the pioneer sportswear industry in the country, Anita has become powerful, bitterly fighting for bragging rights for best sportswear with its nemesis Li-Ning Company. It also set ambitions to overtake Western sportswear brands, mainly Nike and Adidas, as the country’s top sellers in the market.

For years now, the Company has primarily engaged in developing, designing, manufacturing, and marketing ANTA brand sportswear, including professional and leisure footwear, apparel, and other sports equipment to its global consumers. The most notable products launched by the Company include the Klay Thompson Signature Line and Fila sportswear. 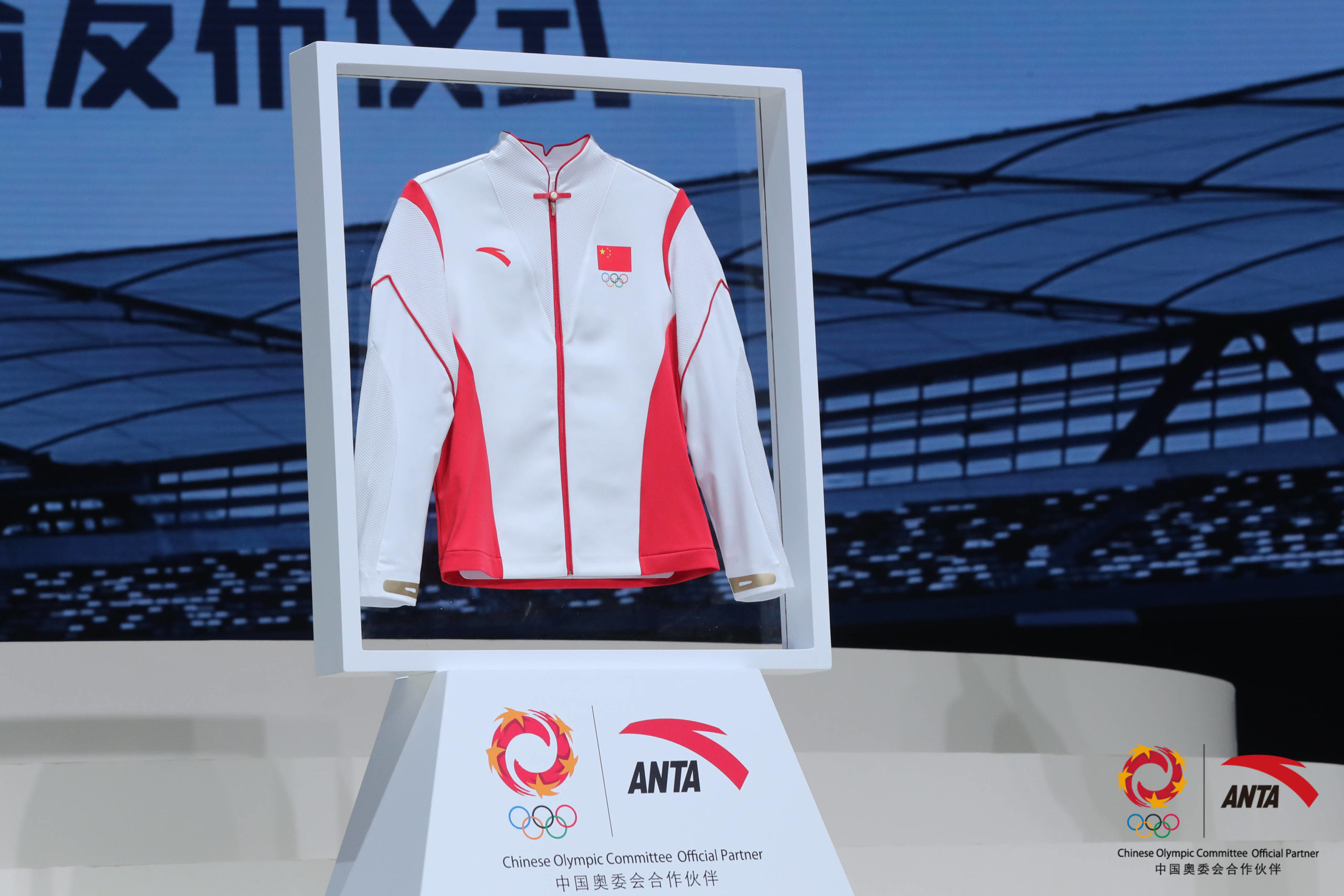 It is a well-known sportswear brand that is focused on the innovation and design of performance sports footwear. The Company boasts a unique collection of athletic and lifestyle pursuits on a global platform.

Unlike Anta and Li-Ning, 361˚ Company majors only in the running. It made major partnerships with Rio Olympic Games in 2016, where it gave over 100,000 sports outfits for the games torchbearers and the stakeholders.

361˚ has also invested in notable sponsorships, Jimmer Fredette, Stephon Marbury, and Sun Yang, key among the best subsidies it has made. And just like the other above, it got listed in the HKEx.

The Company concentrates purely on footwear. Among the most famous brands, it has produced so far is the Jimmer Fredette Signature and Kevin Love Combat products.

The Company has emerged among the leading brands focusing on both clothing and sports equipment. The main target of their brands is mainly basketball and running.

Although the Company is the smallest in size compared to the other three, it attracts the biggest sponsorship in the NBA arena of up to 17 players, which placed it in the third position, with only Nike and Adidas going in front.

Among players, Peak has sponsored Tony Parker, Dwight Howard, George Hill, and Kyle Singer. Perhaps less known but making the biggest strides in gaining a reputation in the global platforms. To date, the Company has established over 6000 stores worldwide to market its products overseas.

Peak designs produce various products, including sports shoes, sportswear, and other sports accessories. Among the most famous footwear made by the Company is the famous Tony Parker III and Dwight Howard. 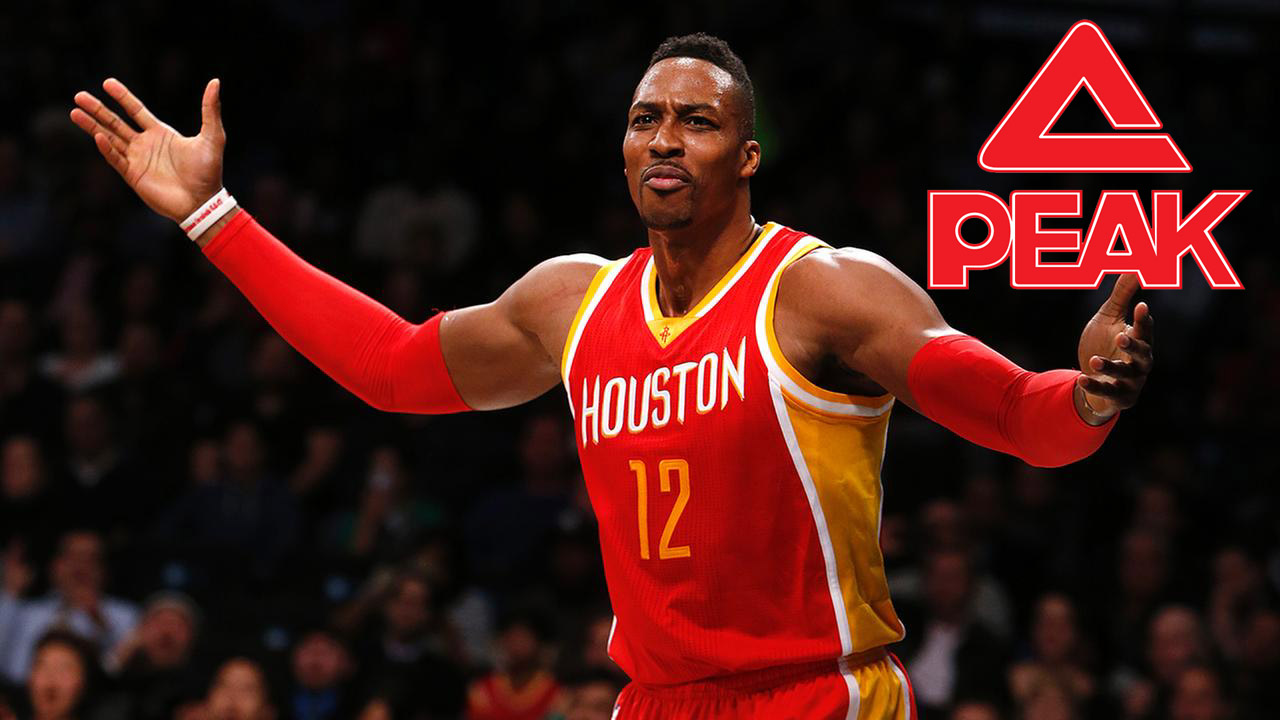 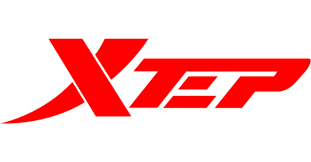 Established in 2001, Xtep appears among the leading domestic sportswear company. It also boasts of over 7,500 outlets both locally and overseas. It engages mainly in the designing and development of footwear and sports equipment.

The Company also got listed in the HKEx in 2008. 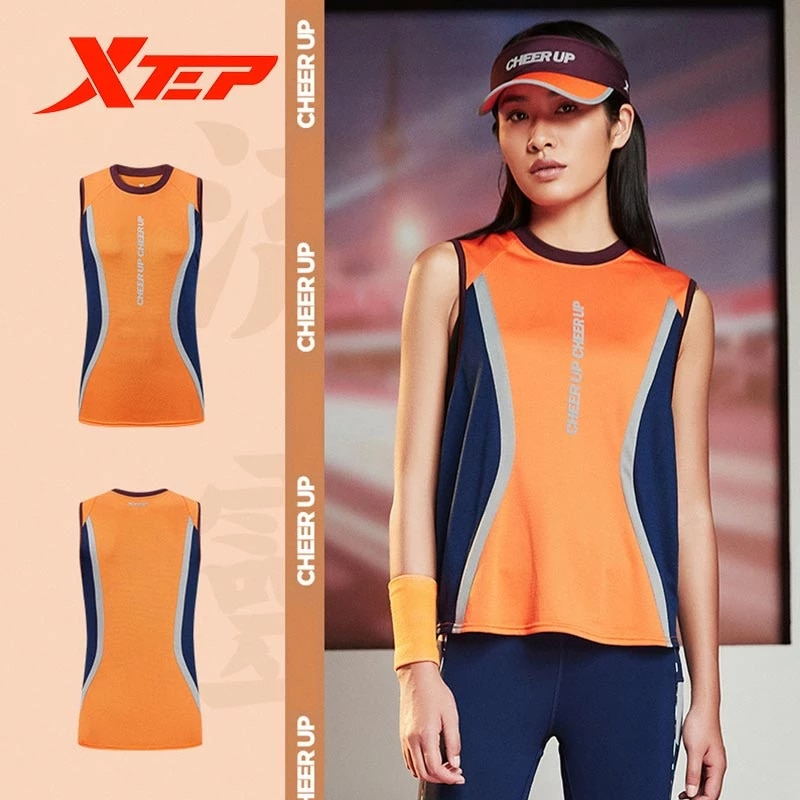 What Are The Top Sourcing And Supply Chain Of China Sportswear?

Having learnt the importance of exercise in our bodies, people increasingly incorporate sports into their daily lives. It increases the demand for sportswear products tremendously. They are causing many sportswear manufacturers and vendors to bloom in their businesses. With that, let’s look at some of the biggest sportswear suppliers in the Chinese market right now.

Berunwear is a good place to go if you are looking for reliable customization of your sportswear. The Company gives offers on specialized designs, high-quality sportswear, free samples, and instant turnarounds.

Berunwear is, therefore, the choice for you when you want a source for low-price and huge quantities of sportswear.

For more than 30 years, Yinshan sportswear has gained tremendous experience in manufacturing and supplying sportswear products. It has since partnered with many sportswear brands, becoming the leading Company for designing and stitching sportswear.

The Company operates four factories and two design studios, which involve over 23 production lines. It provides designing and manufacturing of T-shirts, Polo shirts, vests, pants, among others. It also has a well-established workforce of 10 design teams and over 500 skilled workers.

Why Should You Choose Yinshan For Sportswear Manufacture?

There are many sportswear manufacturers and distributors in China. Therefore, it’s important to choose the perfect one to ensure your business is highly profitable. Some key areas to consider before choosing your best destination include the Company's business history, the export experience gained by the Company, the quality control, and the delivery timeline given by the Company. Having looked at these four aspects, the following are the main reasons you should consider Yinshan for your Sportswear manufacture. In addition to the four factories, Yinshan has two sampling rooms to produce different quantities for businesses. It is good for the Company, as it allows it to make bulk productions and put a make-to-order amount for various sportswear.

2. One-Stop sourcing for all your custom sportswear

With the four factories available, the manufacturer can design different types of custom sportswear, including jackets, vests, t-shirts, polo shirts, and shorts for all kinds of woven clothing, knit clothing, or heavy woven clothing.

Yinshan is the official team wear manufacturer and supplier of several companies, including MotoGP, Formula1, Boston Marathon, Australia Open, Sydney Airport, among many other top brands.

The future of sportswear manufacturers and supplies stands in China to be bright. With more Chinese brands making their way into the sports arena, there will be a tremendous change in the sportswear market share in several years to come. It may mean the Chinese brands start dominating the china market and spreading their wings to the global markets.

While doing this, it is important to recognize the critical role of Yinshan manufacturers to cater to the huge demands for sportswear, not only in China but also across the world. To achieve this, the customer has set a knowledgeable designer and supply team which can meet all your demands as they come.

We also have the sportswear brands and manufacturers in the UK, USA, Australia and Germany:

List Of Best Sportswear Brands and Manufacturers In The UK

List Of Best Sportswear Brands and Manufacturers In The USA

List Of Best Sportswear Brands and Manufacturers In Australia

List Of Best Sportswear Brands and Manufacturers In Germany

List Of Best Sportswear Brands and Manufacturers In Russia

List Of Best Sportswear Brands and Manufacturers In Canada 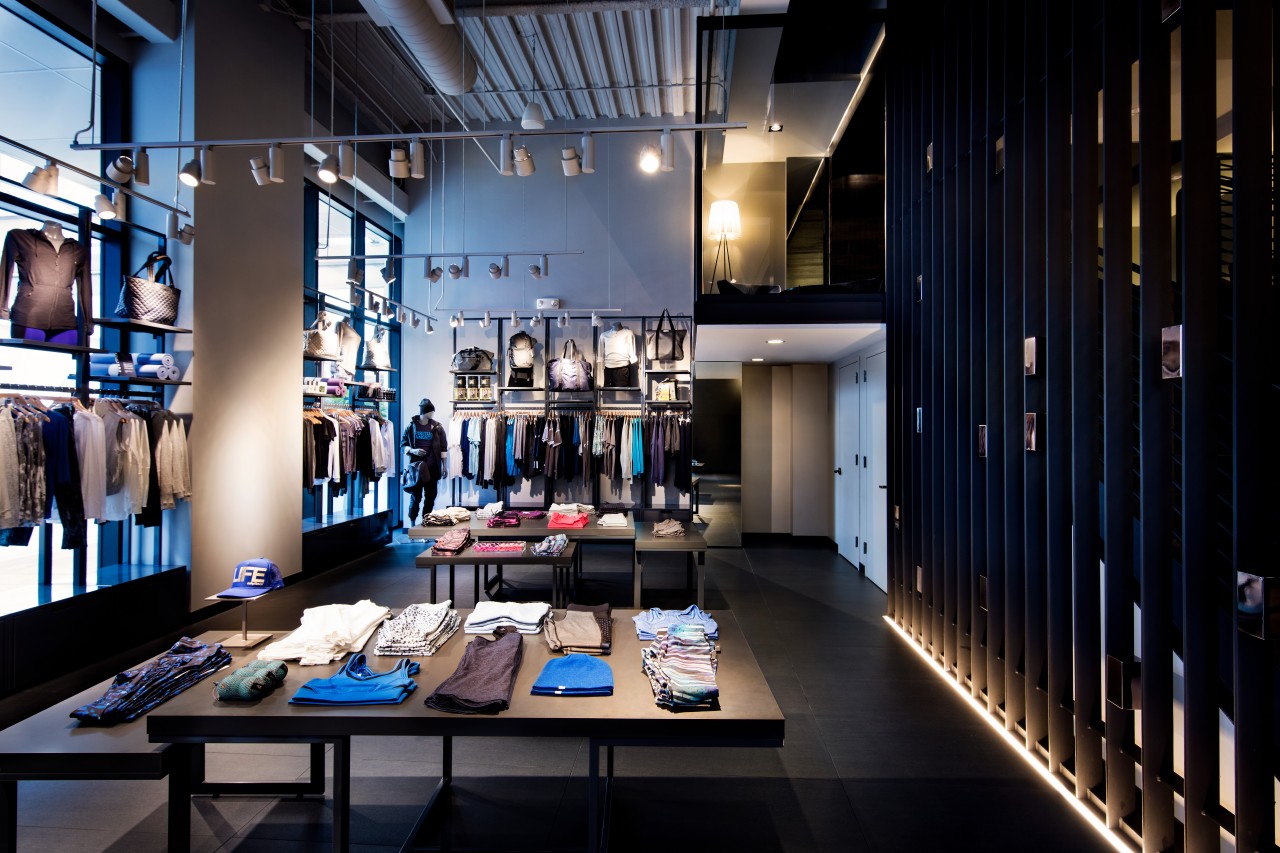 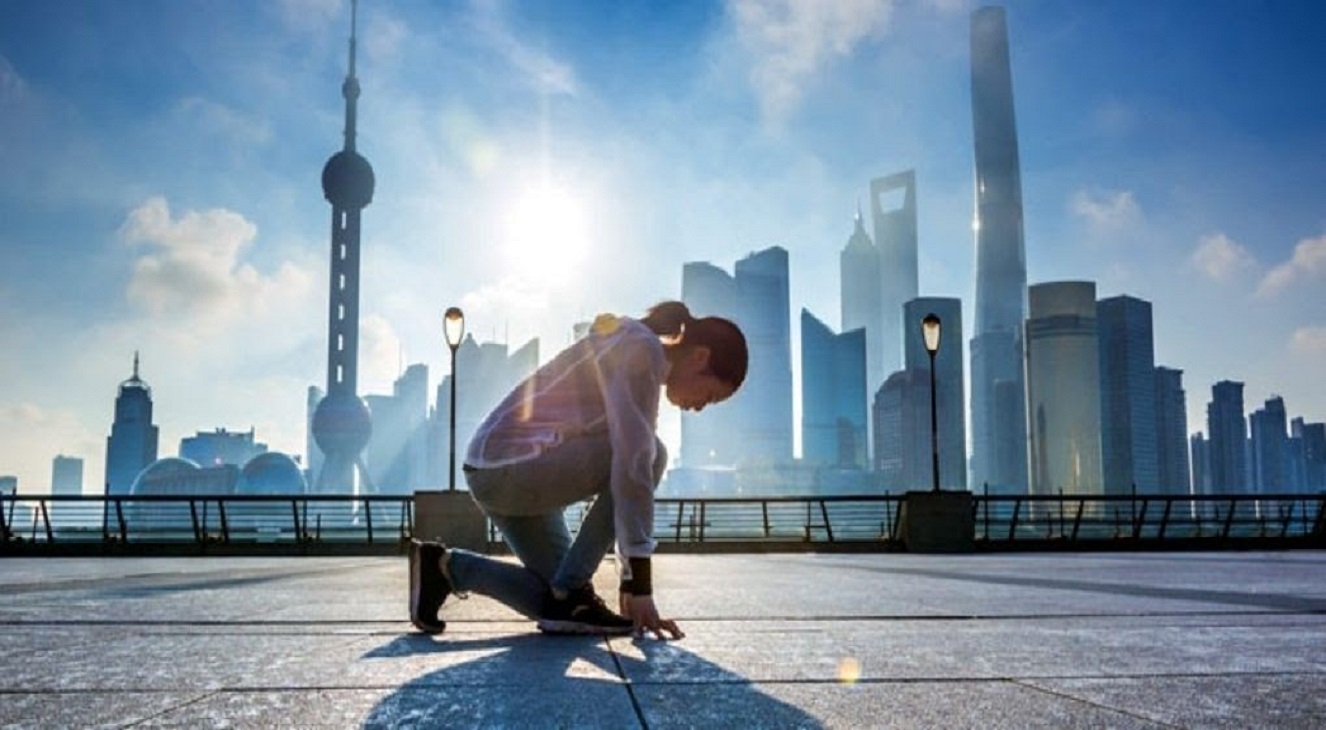 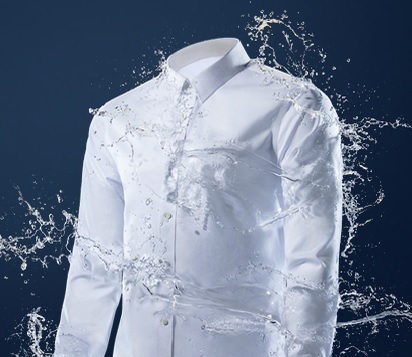